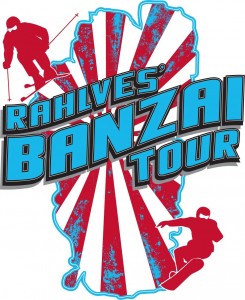 The 2013 Rahlves’ Banzai Tour presented by Bank of the West returns to the Alpine Meadows ski resort on February 9th and 10th where big mountain freeride action meets ski & boarder-cross strategy in a mad-dash race for cash!

The Rahlves’ Banzai Tour is the world’s premier big mountain freeski meets ski / boarder-cross event on the planet! Taking place at four Lake Tahoe, CA resorts it’s head to head action four at a time, top to bottom, down a wide open course over natural terrain and snow conditions. This is the ultimate test of ski and riding skills. Open entry for 18 years old and up gives a chance to take part in the fun and find out what you are made of. A solo timed qualifying run on Saturday ranks the Top 32 men ski / board and Top 16 women ski / board to Sunday’s finals. The finals match up four competitors at a time with the top two in each round advancing through the brackets until the remaining four battle it out for the podium and the Rahlves’ Banzai win. It’s racing in it’s purest form.

7am – Athlete registration begins. Upstairs at the Alpine Meadows Lodge.

8:30am – Early load for Banzai athletes. 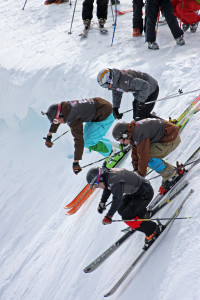 After Party 3pm – 7pm
Join us for the official event after party at the Last Chair Bar complete with live music by DJ Silver Boombox Thief, a raffle benefiting High Fives Foundation and awesome drink specials.

8:30am – Early load for Banzai athletes.